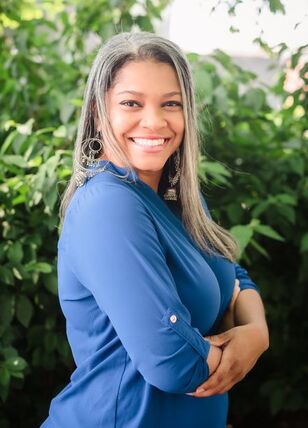 ​I'm a Baltimore-born journalist, entrepreneur, and lifelong storyteller. For as long as I can remember, I've adored writing. Seriously, I wrote my autobiography at age nine!

I parlayed my innate curiosity and love of the written word into a fulfilling career as a journalist and entrepreneur.  I'm honored to fuse my two passions as I work as an independent video journalist with a focus on entrepreneurship and the gig economy.

I started my career as a print reporter for the local Black-owned weekly, covering major stories that include the Baltimore mayoral elections of 2011 and the decade-long lawsuit between the State of Maryland and it's Historically Black Colleges and Universities (HBCUs).

Knowing I had a strong interest in video storytelling, I transitioned into broadcast journalism, working for several local radio and television outlets across the country in various positions, including news anchor, reporter, and producer. I had the opportunity to cover hurricanes, federal lawsuits, businesses, education, crime, and everything in between.

My work as a morning news anchor unearthed a passion for interviewing. I've conducted countless live and taped interviews of everyone from governors to celebrities to business leaders. 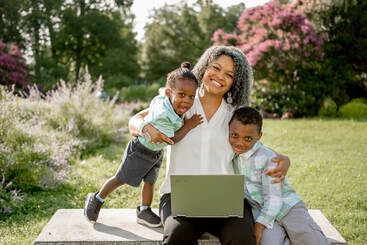 ​After becoming a mom, I fell in love with entrepreneurship and over the years launched a content firm, entrepreneurship consultancy, and national directory of Black mom-owned businesses. After serving more than 35 clients, including media organizations, I gained experience in digital storytelling, SEO, content development, monetization, and project management.  In 2018, I earned a Master's Degree in Corporate Communications from Georgetown University.

​Today, I work as a freelance video journalist covering ​entrepreneurship and business development within underrepresented communities. I'm especially interested in covering news, legislation, and events that impact black businesses and mompreneurs. I also report on the gig economy's influence on the labor market.

​​My work has appeared in MarketWatch, Fast Company, Barron's, Kiplinger, TheGrio, Comcast Newsmakers - National Edition, MBAchic, and The AFRO News. Additionally, I've reported and anchored for NBC, ABC, and FOX local affiliates.
​
In 2023, I launch an independently-produced video series about black mom entrepreneurs and the news that impacts them. Stay tuned!